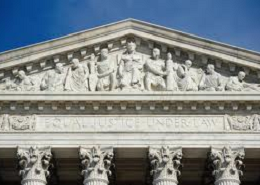 In Williford v. N.C. Department of Health and Human Services, and N.C. Division of Medical Assistance (NC Ct. of Appeals, 11/15/16), the court found that the Medicare Set Aside (MSA) funds were not a “countable” resource for Medicaid eligibility.

In 2005, Ms. Williford had an injury at work which she received Workers’ Compensation benefits until she retired at age 65. In 2009, she became eligible for Medicare. She then settled the claim, and as a condition of her settlement her employer agreed to fund a Medicare Set-Aside (“MSA”) in the amount of $46,484.12. The North Carolina Industrial Commission approved the settlement on April 19, 2011.

When Ms. Williford turned 65, she applied for Medicaid. To be eligible for Medicaid, she could not have more than $2,000.00 in countable assets. Then on December 27, 2013, the Department of Social Services (“DSS”) terminated her Medicaid eligibility due to the MSA funds.

On November 15, 2016, the North Carolina Court of Appeals decided that the funds in a person’s workers’ compensation MSA were not a countable resource for purposes of determining Medicaid eligibility. The key to obtaining her eligibility was that the MSA funds were restricted to her medical care and not for her support and maintenance outlined by the settlement agreement.