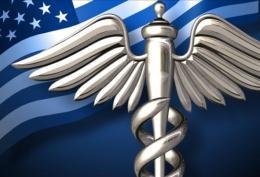 Healthcare Delivery May Be Influenced By A Growing Number of Doctors Refusing To Accept Medicare and Medicaid.

Information released by the Centers for Medicare and Medicaid Services (CMS) shows that the number of doctors who opted out of Medicare last year nearly tripled from three years earlier. While the total number of doctors refusing to accept Medicare is relatively low, the trend is likely to continue as Obamacare is implemented.

CMS said 9,539 physicians who had accepted Medicare previously opted out of the program in 2012, up from 3,700 in 2009. That compares with 685,000 doctors who were enrolled as participating physicians in Medicare last year, according to CMS. Meanwhile, the proportion of family doctors who accepted new Medicare patients last year, 81%, was down from 83% in 2010, according to a survey by the American Academy of Family Physicians of 800 members. The same study found that 4% of family physicians are now in cash-only or concierge practices, where patients pay a monthly or yearly fee for special access to doctors, up from 3% in 2010.

For more information about the statistics and related stories, please see Wall Street Journal article below.