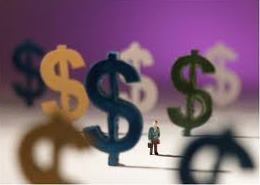 On December 5th, a federal judge temporarily blocked UnitedHealthcare from dropping over 2,200 physicians from its Medicare Advantage plan in Connecticut.

In a decision that could have national Health and Disability insurance and Medicare Set Aside implications, UnitedHealthcare and advocacy groups provided insights into the issues. "This is very good news from Connecticut," said Dr. Sam L. Unterricht, president of the Medical Society of the State of New York. "We will definitely seriously consider filing a suit in New York as well."

The restraining order and preliminary injunction by U.S. District Court Judge Stefan Underhill came before the deadline for seniors to choose a Medicare Advantage or drug plan for next year. Medicare officials said they don't plan to extend the deadline for beneficiaries affected by the terminations. "We disagree with the ruling and intend to appeal it immediately," said UnitedHealthcare spokesman Terry O'Hara.

In his ruling, Judge Underhill criticized the strategy to terminate the doctors. "United's argument that it has a unilateral right to terminate participating physicians from participation in the Medicare Advantage plan by amendment of that plan is not supported by the language of the contract or the parties' experience under it," Underhill wrote. The Centers for Medicare & Medicaid Services, which oversees the Medicare Advantage program, is reviewing the provider changes by UnitedHealthcare to determine whether its plans have sufficient doctors to meet federal requirements.

Seniors advocacy organizations welcomed the ruling. "Judge Underhill's decision, at a minimum, shows private Medicare plans that they do not have unfettered license," said Judith Stein, executive director of the Connecticut-based Center for Medicare Advocacy. "Federal courts have jurisdiction over Medicare Advantage actions to ensure the beneficiary rights are protected."

For a full reading of the case, please click here.