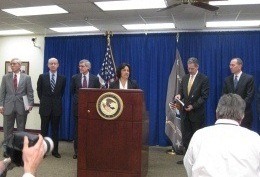 Click here for the full report from the Department of Justice.