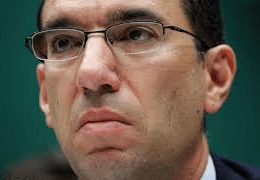 On July 14, 2015, the Centers for Medicare and Medicaid Services (CMS) announced that their Fraud Prevention System technology identified and prevented $820 million in improper Medicare payments in first three years of service to protect the Medicare Trust Fund.

"We are proving that in a modern health care system you can both fight fraud and avoid creating hassles for the vast majority of physicians who simply want to get paid for services rendered. The key is data," said CMS Acting Administrator Andy Slavitt. "Very few investments have a 10:1 return on taxpayer money."