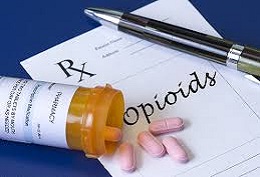 A recent California study of Workers’ Compensation (WC) Medicare Set Aside (MSA) cases shows almost 70% include future funding for opioid use, even as the nation faces an opioid epidemic.  The cases often exceed federal and state clinical guidelines which place claimants at a high level of risk for dependence and multi-drug interactions causing adverse effects.

A new California Workers’ Compensation Institute (CWCI) study examines data from 7,926 California WCMSA plans completed, submitted and approved by the Centers for Medicare and Medicaid Services (CMS) in 2015 and 2016.  Authors Alex Swedlow and Dr. David Deitz found that on average, insurers allocated $103,393 at the time of the injured workers’ settlements to cover the future medical expenses associated with their work injuries, with $48,986 (47%) of that amount set aside to pay for prescription drugs.  Opioids were the number one type of drug included in WCMSAs, found in 69.4% of the approved plans, and overall, opioids accounted for 27.7% of all WCMSA prescriptions – more than twice the proportion of any other drug category.

In terms of costs, the study found that with an average allocation of $33,113, opioids accounted for almost 1/3 of the total dollars reserved for prescription drugs.  The opioid combination drug Hydrocodone-Acetaminophen, was the most common opioid found in the WCMSAs (44% of the opioid prescriptions in the plans, 20.7% of the dollars allocated for opioids), followed by Tramadol HCI and Oxycodone HCI, though even more powerful Fentanyl, linked to more than 20,000 deaths in 2016, accounted for 2.2% of the opioids and 6.6% of the total amount allocated for opioids in the approved plans.

For more information about the CWCI study, please click here >>