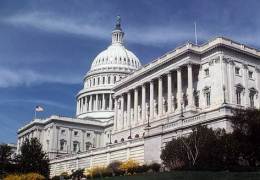 Legislation has been introduced in the House of Representatives to eliminate confusion and improve efficiencies in Medicare Set Aside (MSA) administration.

On April 27, 2012, legislation called "The Medicare Secondary Payer and Workers' Compensation Settlement Agreement Act of 2012" was introduced by Rep. Dave Reichert (R-WA) and Rep. Mike Thompson (D-CA). The bill's objective is to resolve the delays and confusion in the review of workers' compensation Medicare Set-Asides by the Centers for Medicare & Medicaid Services (CMS).

The act is intended to provide clear and consistent standards for the CMS administrative process by speeding the process of MSA review by CMS, creating standards for determining Medicare Set Aside amounts, and providing MSA appeal processes. The current process results in injured workers not receiving funds in an appropriate or timely manner, additional costs for states and workers' compensation payers, and additional liability for self-insured employers, insurance carriers, and attorneys. Industry representatives are hailing Reps. Reichert and Thompson as important legislation to address all stakeholders' concerns and to reform the system.

"The Medicare Secondary Payer and Workers' Compensation Settlement Agreement Act of 2012" has been referred to the Ways & Means Committee for consideration.